Click here for information about our NEW Online Banking Platform and Mobile App.

Our branch is available by appointment only. Please click here to make an appointment 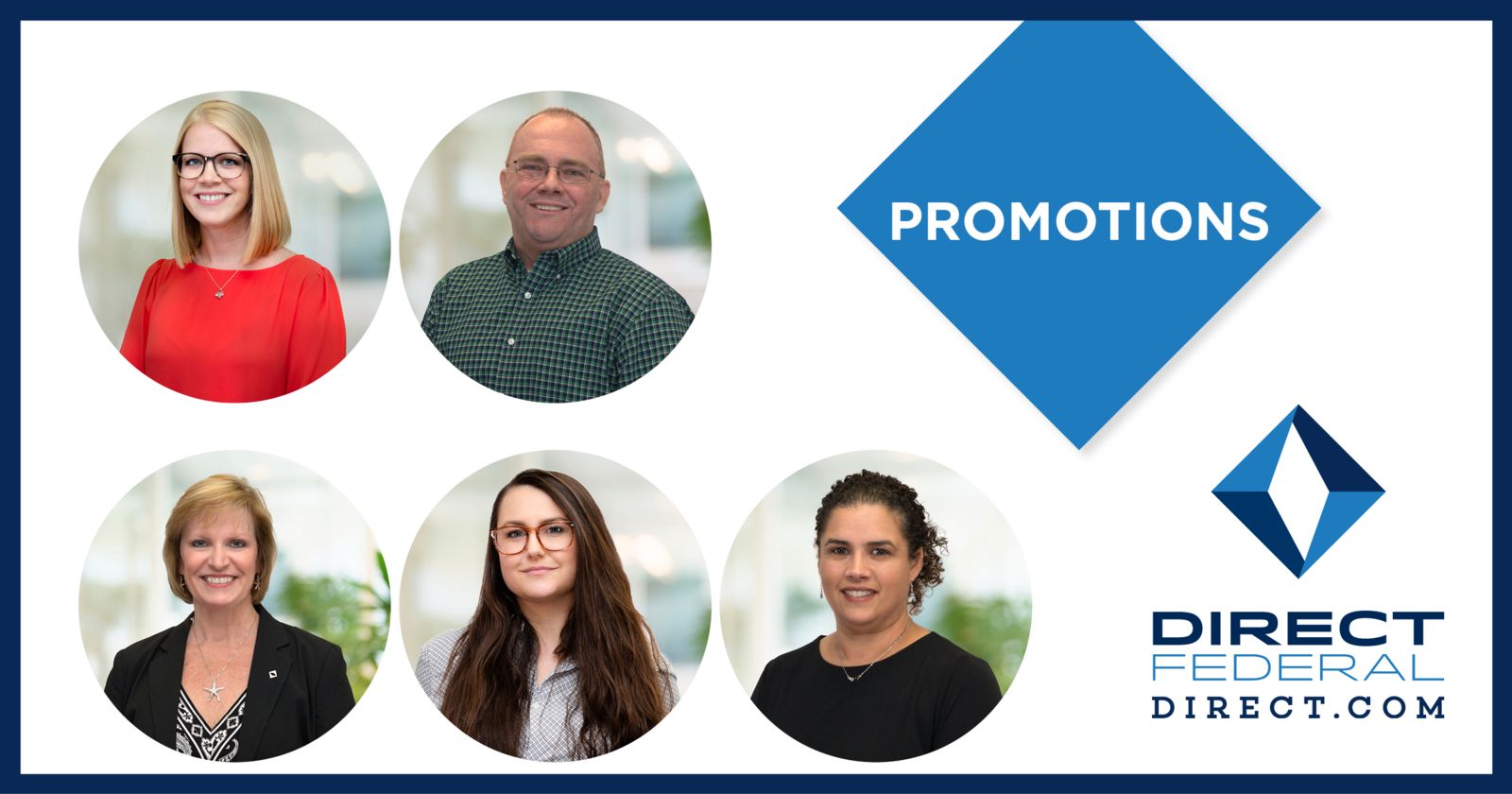 Direct Federal Credit Union (www.direct.com) of Needham, MA, recently announced the promotion of five employees, including additions to the Credit Union’s Senior Leadership Team. All five employees were part of Direct’s Career Development Program that launched in 2018 and have completed the current stage of their individualized program. Promotions are as follows: